Anthropologists who study the psychiatric field recently had papers published in two highly influential journals. The New England Journal of Medicine featured a commentary by Gardner and Kleinman, “Medicine and the Mind — The Consequences of Psychiatry’s Identity Crisis” while “Merging Intensive Peer Support and Dialogic Practice: Implementation Lessons From Parachute NYC” by Hopper and colleagues was in Psychiatric Services.

Arthur Kleinman and Kim Hopper are leaders in their field. For this reason alone, these papers are worthy of review. While they both call for or describe reform initiatives, they point us in different directions with regard to the future role of psychiatrists.

Gardner and Kleinman posit that psychiatry is a field in crisis. They point out the limitations of our knowledge base, noting that “psychiatric diagnoses and medications proliferate under the banner of scientific medicine, though there is no comprehensive biologic understanding of either the causes or the treatments of psychiatric disorders.”

They refer to historian Anne Harrington’s suggestion that one response would be for psychiatry to constrict its purview to those most severely impaired. Gardner and Kleinman reject that, calling for a new generation “of geriatric, addiction, and social psychiatry.”

I am sympathetic to their call for strengthening resources for providing psychotherapy. But they seemed to equate psychotherapy with psychodynamic approaches, with no acknowledgement that the failures of the psychoanalysts may have contributed to the overwhelming hegemony of the so-called “biological” psychiatrists.

I share their wish that research funding be allocated to fields other than basic biologic research. However, I was surprised that scholars of such breadth support — or at least appear to support — buttressing psychiatry’s hold as leaders in research and program development. I need some convincing that the problems we agree exist will be best addressed within my profession.

In recent years, I have been most impressed by approaches to mental distress that emanate from outside of psychiatry.

The paper by Hopper and colleagues describes one such initiative, the Parachute NYC project. Funded by a federal innovation grant from the Centers for Medicare and Medicaid Services (CMS), this was an implementation of need-adapted treatment (NAT) in New York City.

Adapted from a Swedish program of the same name, the aim was to train teams who would be able to go to individual’s homes early in a first experience of psychosis and work with them and their families to help them through the crisis. Peer respite services were also developed. Professionals and peers were trained together in both need-adapted treatment (Open Dialogue evolved from NAT) and Intentional Peer Support. An extensive summary can be found in this “White Paper.”

Hopper and colleagues were embedded in this project and their perspective is shared in the white paper as well as in another elegant article by Cubellis, a co-author of this paper and a member of their team. (For more on this style of anthropology from this same group —  kind of an anthropology of anthropologists — see this paper).

Oddly, while the Gardner and Kleinman paper is explicitly critical of psychiatry (and was met by much consternation in some of the circles I frequent), it seemed to conclude with the kind of triumphalist note I have heard again and again over the years. In essence, they suggest that with a shift in resources, psychiatry might finally get it right.

The Hopper paper, on the other hand, is describing a program that embraces a profound shift in how we think about the problems of those who seek our help; NAT differs from other approaches in that it is fundamentally not a medical enterprise.

Intentional Peer Support is, by definition, non-medical and explicitly eschews the medical frame. Physicians can be included in an NAT team but ideally in the restricted way that is more aligned with Harrington’s proposal. Medical knowledge can be offered but is not specifically privileged.

IPS offers the notion that there are multiple worldviews and each one is respected. NAT and Open Dialogue introduce the notion of polyphony — multiple perspectives are not only tolerated but valued. Critically, peers worked alongside professionals, at least aspirationally, as equal partners on the teams. As Hopper puts it, “The fancy term for what Parachute attempted is ‘counterhegemonic,’ which describes an innovation that not only challenges professional and institutional interests but also seems to diverge from common clinical sense.”

Despite heralding a radical shift for which some of us yearn, Hopper’s paper is decidedly somber. Although I suspect Hopper and colleagues support the initiatives embedded in Parachute NYC, they ironically share the sentiment of Mueser who wrote a commentary for Psychiatric Services earlier this year on the future of Open Dialogue initiatives.

Mueser doubted that there are resources available to implement this way of working; he did not think the available evidence base on Open Dialogue was strong enough to warrant further research support. Hopper wonders if Mueser was right but for the wrong reasons: “It may be that organizations that signed on to the Parachute project may not have fully understood how radical it was. In the end, this may have contributed to its difficulty in sustaining itself when the grant ended.”

There are groups who continue to try to implement aspects of NAT and I work among them. Many of us find that this offers a profoundly humane way of working. For me, the humility and transparency of this way of working has become the only antidote to the problems raised by Gardner and Kleinman. It is entirely in keeping with Harrington’s suggestion that psychiatry constrict its purview; I am a member of a team but not the leader. My colleague who shares her own experience of psychosis is often more helpful to the person at the center of concern than I am.

But there is a conundrum. Will the system support such “counter-hegemonic practice”? If we do not garner adequate support, will we be doomed to failure? Hopper raises this concern in his conclusion: “to settle for partial and fragmentary adaptations may be to so rig the chances of success as to all but ensure further evidence of its elusiveness.”

Open Dialogue teaches one to tolerate uncertainty. It is helpful training for those of us who find we have no choice but to continue to bring this way of working into our clinics despite the challenges we face. 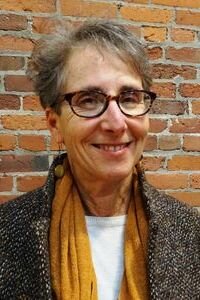 Sandra Steingard, MD is Chief Medical Officer of a community mental health center, chair of the board of the Foundation for Excellence in Mental Health Care, and a member of the board of Mad In America Continuing Education. She is the editor of Critical Psychiatry: Controversies and Clinical Implications, published by Springer in 2019 and Editor-in-chief of the Community Mental Health Journal.

PrevPreviousSpotlight on the Suicides: The Politicians
NextNo Matter Which Measure You Use, Antidepressants Aren’t That EffectiveNext