In this Viewpoint, we suggest that this distinction represents a fundamental misunderstanding of both evidence-based medicine and the process of moving from evidence to recommendations, and is therefore both misguided and misleading. The erroneous view of the role of evidence may be related to early descriptions of evidence-based medicine,2 which stressed the importance of randomized clinical trials.

Methodological development during the last 25 years of evidence-based medicine discourse has provided a more nuanced view of evidence interpretation.3 Evidence-based medicine is about using the best available evidence to direct clinical decision-making and practice guidelines, and offers guidance on how to use the evidence, whether from randomized trials, observational studies, physiological experiments, case series, case reports, or the experience of individual clinicians, to optimally help patients make the best decisions consistent with their circumstances and values. Thus, all guidelines should be evidence-based, even when the evidence is of very low quality.3 That is, the guideline development process should include a systematic review of the literature and rigorous assessment of the quality of the evidence.

The second reason that making a distinction between evidence-based and consensus-based guidelines is both misguided and misleading is that the evidence requires interpretation (whether from randomized trials or case reports)4 and, in the context of guidelines, a consensus process must determine that interpretation. This need for interpretation is important because most observations are theory-laden and conclusions regarding the phenomenon of interest can only be drawn in the context of existing theoretical understanding and shared sets of values.4

Even though many guideline panels more readily endorse recommendations based on randomized trials than on observational studies, there are myriad instances of the challenges to the interpretation of randomized trials such as: (1) Are limitations of risk of bias serious enough to undermine our confidence in the results? (2) Are the confidence intervals too wide to preclude strong inferences? (3) Is it possible to confidently generalize from the population studies (eg, included younger patients) to individual patients (eg, geriatric patients)? and (4) Is the unexplained inconsistency of the results sufficient to preclude strong inferences? On occasion, the evidence is so compelling that answers to such questions are obvious and beyond dispute.

Far more often, the answers are less obvious and require evaluation and, in the context of guidelines, a series of consensus decisions. The challenges in making inferences from the evidence is no less great (but not particularly greater) when the evidence is based on observational studies, case series, or physiological experiments. Thus, evidence alone never speaks for itself or conveys the truth because it always requires interpretation.4

The third reason that making a distinction between evidence-based and consensus-based guidelines is problematic is what has often been referred to as the third principle of evidence-based medicine: evidence can never dictate the optimal course of action, it should always be considered in the context of values and preferences.3 In some instances, the benefit clearly outweighs the harm or burden (eg, use of aspirin in the context of myocardial infarction; antibiotics for pneumonia in a young, healthy individual).

In far more instances, the balance between the benefit vs the harm or burden is more closely balanced. For instance, the adverse effects of chemotherapy with only a small prolongation of life; anticoagulation in patients with low-risk atrial fibrillation; many years of serial cancer screening for small absolute benefits in disease-specific mortality; and antibiotics for small reductions in the duration of an infectious illness. In such instances, guideline panels are challenged with evaluating the evidence regarding patients’ values and preferences and deciding whether all or almost all fully informed individuals would make the same choice.5 Or, if not, what would the majority choose? Once again, this judgment, whether in the context of high- or low-quality evidence, requires a consensus of the guideline panel members.

In summary, all clinical practice guideline recommendations, whether the available evidence is considered as being of high quality or very low quality, require both a judicious consideration of the relevant evidence and consensus from the panel regarding both the interpretation of the evidence and the tradeoff between the benefit vs the harm or burden of the recommended health intervention.

Conflict of Interest Disclosures: None reported.

Funding/Support: Supported in part by grant R01HS024917 from the Agency for Healthcare Research and Quality.

Role of the Funder/Sponsor: The Agency for Healthcare Research and Quality had no role in preparation, review, or approval of the manuscript; and decision to submit the manuscript for publication.

Disclaimer: The content is solely the responsibility of the authors and does not necessarily represent the official views of the Agency for Healthcare Research and Quality.

PrevPreviousOp-Ed: Ask whether a drug works before worrying about what it costs
NextReflections on RomeNext 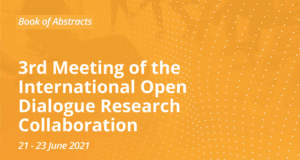 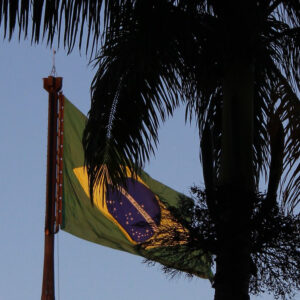