Mental-Health Researchers Ask: What Is ‘Recovery’?

There are many ways to measure mental distress. But it’s far harder to predict, or even describe, the improvement that often follows. 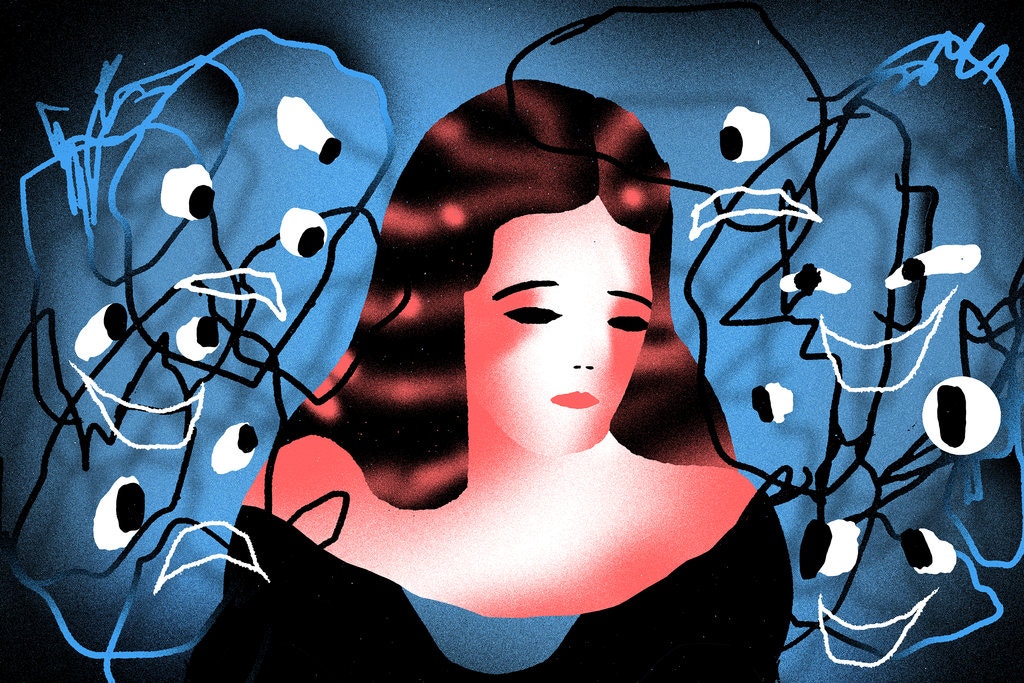 For years, Claire Bien, a research associate at Yale, strained to manage the gossipy, mocking voices in her head and the ominous sense that other people were plotting against her. Told she had a psychotic disorder, she learned over time to manage her voices and fears with a lot of psychotherapy and, periodically, medication. But sometime in late 1990, she tried something entirely different: She began generating her own voices, internal allies, to counter her internal abusers.

“I truly felt I was channeling my father, my ancestors, a wise psychiatrist, giving me advice,” said Ms. Bien, who has written a book about her experience, “Hearing Voices, Living Fully.”

She added: “Recovery for me means knowing that my mind is my own, and even when it doesn’t feel that way, I know it’s only temporary. Knowing that allows me to hold a job — a good job — and be productive, respected and even admired by the people with whom I work.”

Mental-health researchers have numerous scales to track symptom relief, like the easing of depression during talk therapy, for instance, or the blunting of psychotic delusions on medication.

But the field has a much harder time predicting, or even describing, what comes next. How do peoples’ lives change once they have learned to address their symptoms? Mental disorders are often recurrent, and treatment only partially effective. What does real recovery — if that’s the right word — actually look like, and how can it be assessed?

This is what people in the thick of mental distress desperately want to know, and a pair of articles in a recent issue of the journal Psychiatric Services shows why good answers are so hard to come by.

In one, the first study of its kind, Dutch researchers tested a standard life-quality measure, the Recovery Assessment Scale, that is typically used to rate an individual’s confidence, hope, sense of purpose, willingness to ask for help, and other features of a full, stable life.

The team administered the 24-item questionnaire to three groups of people: one with a diagnosis of a psychotic disorder, like schizophrenia; the siblings of members of this first group, who had no such diagnosis; and a control group of unrelated people who had no history of mental-health problems. The scale found little detectable differences between the groups.

The widely used R.A.S., as the scale is known, is “of questionable usefulness,” the authors concluded. If everyone looks roughly the same on the scale, then how can the scale be used to measure improvement?

In the other paper, an editorial, Larry Davidson, a psychiatric researcher at Yale, pointed out that the results were not surprising. The researchers had intentionally left out a subset of R.A.S. queries that probably mattered most, involving how well respondents were managing their symptoms — statements like “Coping with mental illness is no longer the main focus of my life” and “My symptoms interfere less and less with my life.”

By taking out these questions, Dr. Davidson said, the study demonstrated only that, in the absence of mental distress, “the everyday lives of people with a mental diagnosis are just like everyone else’s.” The authors, however, noted that those questions were excluded because, by definition, the comparison groups had no symptoms.

In effect, both parties agree: The R.A.S., and many similar scales, amount to little more than symptom checklists, in the end not much different from those used to track the short-term effects of a drug. The field could use different, and better, means of assessing how people shake off or learn to manage a mental-health diagnosis.

The scales originated decades ago with mental-health consumers, or “survivors,” who saw the usual clinical definitions of symptoms relief, like the Hamilton Depression Scale, as unable to capture the fullness of personal recovery.

The scale analyzed in the Dutch study, for instance, asks people to rate, on a scale of 1 to 5, how strongly they agree with various statements like, “If people knew me, they would like me,” “If I keep trying, I will continue to get better” and “It’s important to have healthy habits.” Researchers rely on scales like this to gauge the longer-term, real-world effects of all variety of mental-health programs, like group therapy for rape victims in the Democratic Republic of Congo or community outreach for psychosis in Wisconsin.

But as the new study finds, questions like these are applicable to anyone, with a diagnosis or not; not to mention that responses can vary by the day, or even the hour, depending on what insults or encouragements hold sway in the moment.

People who find a way to move on with their lives after receiving a psychiatric diagnosis — depression, anxiety, bipolar disorder, schizophrenia — generally must do so the hard way: gradually, by fine-tuning some combination of personal rituals, social connections, work demands, therapy and, when necessary, medications. And these idiosyncratic regimens of self-care are not easily captured by the measures currently available to researchers.

Now, given the clear limits of the R.A.S. and other quality-of-life measures, some experts say it is time to find ways to better assess how a person’s daily experience changes in the months and years after receiving a mental-health diagnosis. “Personal recovery,” Dr. Davidson wrote, “has as much to do with the quality of a person’s sense of identity and belonging to a community as it does to subjective experiences of mental illness per se.” He argues that the field needs to develop reliable tools to assess what it’s like to live with mental distress over time, in the same way that cardiology and other branches of medicine use “patient-reported outcomes” to track longer-term responses to treatment.

Gail Hornstein, a professor emerita of psychology at Mount Holyoke College, has been tracking a group of more than 100 people who attend or have attended meetings of the Hearing Voices Network, a grass-roots, Alcoholics Anonymous-like group where people talk with one another about their mental distress and possible ways of managing it.

Most people in the study have a diagnosis of a psychotic disorder, like schizophrenia, and consider their experience in the groups to have been supportive, even transformative. But many still hear voices, and sometimes reassuring ones, Dr. Hornstein said in an email. So assessing improvement by asking the usual kinds of questions — for instance, “Are the voices gone?” — isn’t necessarily useful.

Instead, Dr. Hornstein asks whether the voices — like those that Ms. Bien still occasionally encounters — or other aspects of an individual’s life have changed as a result of participating in the groups.

People’s responses are extremely varied, Dr. Hornstein said in a phone interview. They might say, “I have a different relationship with my voices now.” Or, “My voices used to bully me, and terrify me; now I have relationship with them based on mutual respect.”

“That’s a change, for the better — it’s improvement,” Dr. Hornstein said: “But you wouldn’t pick it up unless you knew how to ask.”

PrevPreviousRisk of Medical Error Doubles if You Have a Psychiatric Diagnosis
NextLive and Learn: An Interview with Laysha OstrowNext