Moving ahead in troubled times

The Foundation for Excellence in Mental Health Care was founded in 2011 with the hope of expanding what many had come to believe was a narrow and faulty understanding of psychiatric conditions.

The immediate impetus was the work of journalist Robert Whitaker who had raised several critical – and to many – startling questions about standard care.

In his book, Mad In America, he chronicled the history of treatment of the most severely afflicted mentally ill* people in the US and detailed how time and again promising treatments proved to be not only ineffective but also, in many cases, damaging.

In his book, Anatomy of an Epidemic, he raised the possibility that this had once again occurred in the modern era; that the drugs heralded as lifesaving and revolutionary were less effective than commonly believed and, of even greater concern, might worsen outcomes. At the end of the book, he discussed approaches that were less well known but had shown remarkable promise. This included Open Dialogue, developed in northern Finland in the 90s, and Soteria, developed in the US in the 70s. The frustration was that current funding sources for research were more interested in figuring out the workings of the brain – in hopes this would lead to better treatment – than to studying these decidedly less technological approaches.

Several philanthropists came together with the hopes that EXCELLENCE might bring new funding sources to people who were interested in studying these different approaches. The hope was to fund research and develop innovative treatments that were being neglected, discounted, or ignored. EXCELLENCE was designed as a community foundation. The idea was that donors could develop their own funds and direct the money in various ways.  Given the many areas of potential promise, this big tent approach seemed to make sense.

Five years later, our board met to plan for the future. It is impossible to do this without looking back at our past.  I had the honor of being elected chair of the board at this meeting. While I hope this post accurately reflects our discussion, it can’t help but carry my own particular take on what turned out to be an impassioned conversation. I welcome my fellow board members to chime in with their own perspectives. I am influenced by my training in Open Dialogue. This is an approach that values polyphony, i.e., not only hearing but acknowledging that there are many voices in the room.  So while I will try to reflect our collective voice, I also acknowledge I ultimately can only truly speak from my personal perspective.

While we will continue as a community foundation, we felt the need to clarify our focus. After hours of discussion, we came to some clarity about the areas that were most vital to our mission. We called them our “buckets” and will use these as touchstones to both clarify our goals and explain our mission.

As noted above, we believe that it is vital to reframe the very nature by which we talk about the kinds of distress that land people in psychiatrists’ offices or mental health clinics. We have a system that is predicated on a medical understanding of these problems and we do not believe this serves us well. In order to shift funding, we need to shift the conversation.

I have recently been introduced to the notion of epistemic authority. This refers to who holds the authority for knowledge, how we think about things, and, in a fundamental way, how we decide what is “true.”  Currently, psychiatrists and neuroscientists are considered the ultimate in epistemic authority in this area and if one challenges their views one is considered suspect. We would argue that there are many valid areas that are ignored because those who have the authority have discounted their legitimacy. It is, therefore, vital that we mount a concerted effort to promote data that is ignored. This includes not only underappreciated or unrecognized research but also the many voices of those with lived experience who have found paths to recovery that are not recognized. One of our goals is to give these perspectives voice and in so doing advocate for cultural and system change.

One of the most powerful moments of our retreat was when our wonderful board member, Giovan Bazan, made an impassioned plea for the children. Gio’s own story is one of remarkable perseverance and resilience. He was placed in foster care at a young age. His painful response to the traumas he had experienced was diagnosed as mental disorder and he was medicated. At age 18, he stopped taking the drugs and he has made it his mission in life to help the children who are having similar experiences today. He spoke of friends who had been less fortunate than he and had not survived. He implored us to join him in his work and we have agreed that attending to the needs of children and youth remains a core value of the Foundation.

As I mentioned above, Robert Whitaker’s writing on the problems with long-term exposure to psychiatric drugs was a reason EXCELLENCE was formed. In the past few years, I have written and lectured about my own evolution in this area. I have used the term Slow Psychiatry – I first heard it used this way by our board member, David Healy, MD – to argue for acknowledging with our patients and the public the complexity and uncertainty inherent to my profession. While we are pushed to make rapid diagnoses, see more patients in shorter intervals, and base our treatment recommendations on quickly administered rating scales, I argue that the diagnostic and therapeutic uncertainty inherent to modern psychiatry requires us to slow down and spend time with people and their families so we can talk together about what may or may not be useful. This is not a position that is anti-medication. It is a position that is transparency. It is a position that acknowledges that there is so much we still do not know; we do not know who will and will not benefit from treatment, we often do not know how to best understand the problem.

Another facet of research we are supporting is nutritional approaches. Bonnie Kaplan, PhD, and colleagues have been studying the effects of micronutrients in improving mental health for decades. This is a promising and emerging area that has also been hampered by lack of funds. This is in no small part due to the fact that nutrients cannot be patented in the way that drugs can. A foundation may be the only way to support this work since the large assets of pharmaceutical companies will not be put into this area.

If we move away from a drug-centric approach to treatment, what else could be helpful? This is the final area of focus for the Foundation. We are one of the largest funders of Open Dialogue studies and programs in the US. In northern Lapland, they have reported remarkably good outcomes in people who are experiencing first episode psychosis. If this can be even partially replicated, the potential savings – in terms of reduction of long-term disability – are enormous. But the startup costs are also high and with the federal government backing away from supporting treatment studies, especially those with a less technological bent, a foundation remains the sole source of potential funding.

Similarly, the Hearing Voices Network has been of great value in Europe and around the world. The Foundation has funded a large program to train groups across the country including veterans returning from the wars in Iraq and Afghanistan.

There are other emerging and promising innovations; many of them designed by people who have themselves experienced extreme emotional states. These need to be funded and the Foundation sees itself as critical in this area.

We left our board meeting energized but worried about the daunting task we have set for ourselves. Our board includes remarkable people who come to this from many perspectives – people with lived experiences, family members, world-renowned researchers, administrators, and clinicians – who have become dismayed by the state of our services today.  But we cannot do this alone. Please join us. We can change the world together.

*On the use of the term “mentally ill”: I am challenging the medicalization of the problems we call mental illness yet, by using this term, I am medicalizing. The problem is that I do not have an alternative term that is well understood by a broader population. This is yet another challenge. Please accept my apologies for the failure of more creative use of language.

PrevPreviousShould psychiatrists be more cautious about the long-term prophylactic use of antipsychotics?
NextAn Intervention to Promote Sleep and Reduce ADHD SymptomsNext 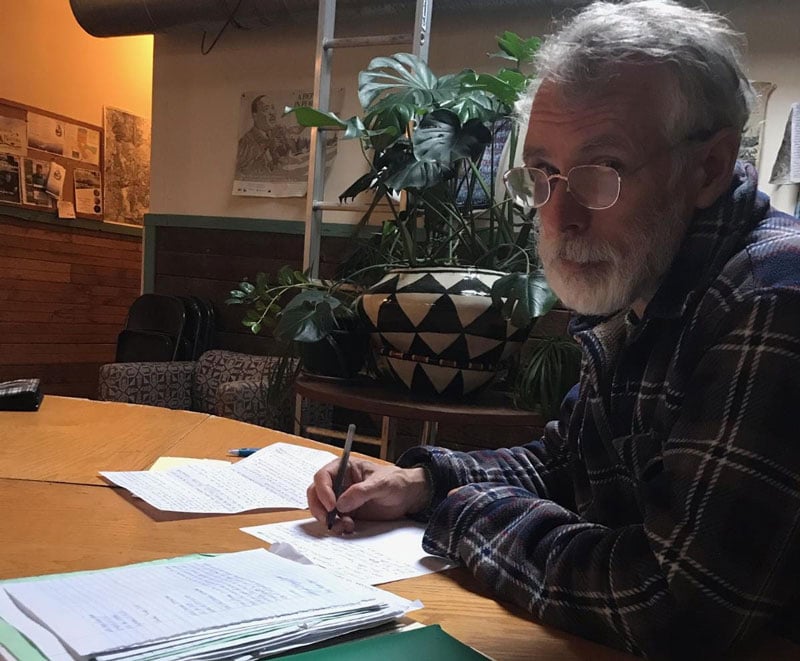 Feeling stressed because of COVID19? How to feed your brain to optimize mental wellness under lockdown