No, Dr. Friedman. The Solution to Teen Suicide is Not So Simple

A complex array of factors is contributing to a heartbreaking epidemic of teens taking their lives – with a similarly multifaceted set of possible answers. Why, then, do we keep pretending the solutions are so simple?

There are few problems more heartbreaking and excruciating than the growing epidemic of youth (and adults) taking their own precious lives. And so, it’s understandable that great attention continues to go towards solutions that can make a difference.

In response to this urgent challenge, psychiatrist Richard A. Friedman asked in a New York Times op-ed: “How is it possible that so many of our young people are suffering from depression and killing themselves when we know perfectly well how to treat this illness?”

Do we? That’s certainly a widely shared perception among many in the general public today. But is the answer really this clear?

Dr. Friedman certainly thinks so, suggesting:  “we don’t have to wait for all the answers to know what to do. We know that various psychotherapies and medication are highly effective in treating depression.”

Wide-ranging debates have happened on that very point, for a very long time. But laying all that aside – if we could lay that all aside – what would be the pathway forward?

Get more people, more treatment.  After comparing rates of youth receiving treatment with higher rates of adults, Friedman goes on to suggest the pathway ahead is obvious: “We just need to do a better job of identifying, reaching out to and providing resources for at-risk youths.”

On its face, this seems a clean and compelling solution:  just get these kids some more help!

How could we not simply rally around this?

The other day, I sat in a suicide prevention presentation in my home state where the speaker advocated the same solution:  “the biggest need is to get more teens access to treatment.”

I raised my hand during the Q/A and asked my honest question: “Haven’t we been doing that already for quite a while?”

A 2011 report released by the National Center for Health Statistics (NCHS) showed that the rate of antidepressant use in this country among teens and adults (people ages 12 and older) had increased by almost 400% between 1988–1994 and 2005–2008 – with estimates of one in every 10 Americans now taking an antidepressant. (During this same period, by the way, rates of psychotherapy usage have not increased in corresponding fashion – with some studies finding these rates decreasing).

If getting more teens more help was really the answer, wouldn’t we have reasonably seen a measurable decrease in suicide, depression and anxiety by now? In striking contrast, the rates of these concerning numbers has increased so much that it’s no longer necessary to even cite the numbers.

Indeed, the numbers have reached such historic levels that one would think it was time to reassess and reevaluate a lot of things:  from the way we conceptualize these problems, to what we’re doing about them (and what we’re not doing about them).

Instead of this kind of a pause for reflection, all across America what we see today is a doubling down of the approach we’ve taken for the last twenty years.  Is this a responsible way to respond to the suicide crisis among our youth (and our adults too)?

No, it’s not. And it’s time for a bigger conversation about not only suicide, but mental health care in America today.

It will be the voices of people who are seeking and finding healing that lead the way in this shift, rather than, unfortunately, the professional class.  As Dr. Friedman writes to his world-wide audience, “Our collective failure to act in the face of this epidemic is all the more puzzling” – even asserting, “Teenagers and young adults in the United States are being ravaged by a mental health crisis — and we are doing nothing about it.”

As noted above, we have done something about it.  And it’s just not working.

In this same period of time that rates of antidepressant use have soared, once again, depression, anxiety and both suicidal ideation and suicide completion have continued to increase.

I was troubled enough at this counterintuitive pattern, that I reviewed the research and found seven different lines of serious evidence that confirm a surprising connection between antidepressants and suicidality – especially among youth. To provide just one illustration, a 2017 study in Sweden examined 483 suicides from young women between 1999-2013 (representing 93% of all confirmed suicides for this subgroup) explored treatment they received 6 and 12 months before the suicide.

This is not an anomaly – but one of many examples in a broader pattern hardly receiving attention in America’s larger conversation today. Indeed, if this is true, it runs in the face of the conventional wisdom trumpeted not only by psychiatrists like Dr. Friedman – but all across the United States:  that the real issue in this crisis is simply “undertreatment.”

A great deal of rigorous scientific, epidemiological, clinical and randomized-controlled trial data – not to mention the precious lives of our youth today – call for much greater scrutiny of such a conclusion.

It’s not just caution we need, however – it’s hope. And the same research literature is remarkably full of reasons for solid reasons to hope. Alongside the encouraging understanding continuing to emerge from neuroplasticity and epigenetic studies, there is a vast research literature documenting hundreds of lifestyle adjustments that can make a difference in reducing emotional pain over the long-term.

And not just for mild cases.  A Pubmed search of “suicide” and “risk factors” reveals well over 15,000 scholarly articles – documenting a dizzying array of possible contributors. Factors commonly cited as making a likely contribution to increasing suicide rates among youth include a more pervasive social media and digital presence, wide-spread sleep deprivation and a nutrient-deficient American diet, growing cyber-bullying and social anxiety, the unsettling influence of compulsive pornography use, and the uniquely painful trauma of sexual abuse or assault.

After examining cases of suicide in our own state, one researcher summarized, “Our investigation showed that suicide is complex and youth can experience multiple risk and protective factors. No single behavior or risk factor could explain all the reasons for the increase we’ve seen.”

If that’s true, then there are a lot of things we can do in response – and that’s the good news in this all:  there’s so much we can act on and do something about!

Starting with protecting our youth from trauma and abuse.  Underscoring perhaps the most important theme across studies, a 2014 Utah summary of factors involved in youth suicide notes that “Suicide is also often preceded by a lifetime history of traumatic events.”

We can do a better job of protecting our youth – rallying together to help provide them with the kind of life that doesn’t drive them to despair.  And we’ve got a lot of options to do just that: Improvements in a nutritious diet, more time outside in nature and away from screens, physical activity, better connection with those who love them the most, discussions that bring them greater meaning and purpose. And yes, in cases of previous abuse, finding ways to increase access to trauma-oriented therapy is crucial.

When asked what the alternative to standard care was for teens for whom the medications weren’t working, another leading psychologist responded simply:  “all of life!”  This is precisely what the research also confirms –  a wealth of possible adjustments that can make a difference.

So no, Dr. Friedman, the answer to our suicide crisis among youth is not to rally more force of will (and legislative dollars) to encourage more teens to embrace more treatment.  It’s to have a little – or a lot – more humility about what is facing us.  To breathe deep, and to pursue multifaceted answers to a complex, multifaceted problem.

It’s time to do just that – especially for the precious youth who depend on the steps we take next. 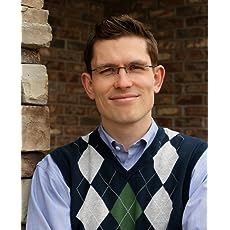 Jacob Hess, PhD has taught teens and adults Mindfulness-based Stress Reduction for a number of years – and helped create the free Mindweather 101 mindfulness-based class for those facing intense emotional distress – along with new app-based therapeutical lifestyle change tools for those seeking deeper, more sustainable healing from depression/anxiety, substance abuse and compulsive pornography use.  His research focuses on themes across narratives of mental health recovery, with a particular focus on the contrast between short-term and long term healing. Jacob is also a founding member of the new Council for Sustainable Healing.