Enduring sexual difficulties following treatment with selective serotonin reuptake inhibitor antidepressants have been reported to regulators since 1991, but it was only in 2006 that a formal post-SSRI sexual dysfunction syndrome was reported. The clinical, research and regulatory implications of this syndrome are considerable and researchers using epidemiological methods are well placed to map out the contours of the problem and perhaps pinpoint possible treatments.

Close to 100% of takers of a selective serotonin reuptake inhibitor (SSRI) have a degree of genital sensory change within 30 min of taking. These effects consist primarily of a reduced sensitivity, often termed ‘numbing’ by those affected but others have genital arousal (irritability). The reduced sensitivity is accompanied by an immediate delay of ejaculation in men and muting of orgasm in both men and women. After a period of treatment, orgasm may stop and there may be a loss of libido (Healy et al., 2018a).

The ‘numbing’ effect produced by SSRIs has similarities to the effect of rubbing lidocaine into the genital area, which was a prior treatment for premature ejaculation, and SSRIs in single doses are used for premature ejaculation now. The effect is also described in terms of a loss of pleasurable sensation. In some cases, there is an actual genital numbing equivalent to that produced by lidocaine.

These immediate onset sexual effects ordinarily lift when treatment stops. In 2006, reports appeared of a condition now termed post-SSRI sexual dysfunction (PSSD), in which the genital numbing, pleasureless or absent ejaculation/orgasm, and loss of libido remain and may become more pronounced after treatment stops (Bahrick, 2006; Csoka and Shipko, 2006). PSSD can persist for decades afterwards (Healy et al., 2018a, 2018b).

In 2001, persistent genital arousal disorder (PGAD), an enduring disorder of irritable genital sensation was described (Leiblum and Nathan, 2001). This condition is not linked to enhanced libido and does not stem from psychological issues. At present PGAD appears to affect women more than men. This condition seems more likely to happen around the menopause, and while closely related to discontinuation from SSRI medication, can also occur following trauma to the genital area (Healy et al., 2018a).

These genital effects do not occur on antidepressants that do not inhibit serotonin reuptake; other antidepressants and psychotropic drugs can cause erectile dysfunction but not the syndromes of numbness, pleasureless orgasm, loss of libido or persistent arousal.

Two other syndromes have been described which appear closely related to PSSD. One is post-finasteride syndrome (PFS). First described in 2011, this occurs in young men taking finasteride to stall hair loss (Irwig and Kolukula, 2011). It also occurs with other 5-α reductase inhibitors – dutasteride and saw palmetto. Genital anaesthesia, loss of libido and sexual dysfunction are features of this syndrome. Initial finasteride treatment can produce some sexual dysfunction, but this is less common when compared with SSRIs. It is unclear if the sexual dysfunction that appears on treatment is continuous with PFS or distinct from it.

These legacy effects of antidepressants and antipsychotics have some interface with withdrawal syndromes linked to these drugs. Withdrawal to opioids and alcohol is viewed as limited to a few weeks, having features not found during administration of the drug and as ordinarily responding to re-institution of treatment. Antidepressant and antipsychotic withdrawal however is linked to dysthymia, which may appear to be continuous with the original problem but can be demonstrated in healthy volunteers given these drugs, as well as to other sensory and autonomic disturbances. These states can last for months or longer, opening up a possible link between enduring sexual syndromes and other legacy effects of antidepressants and antipsychotics (Healy and Tranter, 1999).

PSSD occurs in all ages, both sexes and all ethnic groups. It can begin after a few doses of treatment or only become apparent after years of exposure (Healy et al., 2018a).

There are two issues to account for. One is the original sensory changes. These almost certainly extend beyond the genital area but are more salient there perhaps because of the functional consequences. SSRIs also produce a more general dampening of reactivity – commonly termed emotional numbing. This ‘numbing’ may be linked to the pronounced sensory features that characterise the SSRI withdrawal syndrome, which may be rebound effects that include spontaneous orgasms and can result in PGAD.

Aiming at finding a treatment, PSSD sufferers have tried a wide range of agents active on various dopamine and serotonin receptors along with phosphodiesterase inhibitors, and other drugs, but these have no therapeutic effect for PSSD, PFS or PRSD.

PFS sufferers have focused on evidence for androgen insensitivity. It is also the case that SSRIs reduce testicular volume and sperm counts but these effects appear to occur in the absence of PSSD. At present, no endocrine manipulations appear to make a difference in PFS, PSSD or PGAD.

The treatment approaches adopted to date have been largely targeted at reversing the acute sexual effects rather than reversing the mechanism that leads to enduring effects. This is similar to research efforts on tardive dyskinesia which for 4 decades have focused on the dopamine system without finding an answer.

A second issue therefore is one of pinpointing a mechanism that might underpin enduring effects like these. It does appear that with time (several years) a degree of spontaneous recovery happens in some cases. In other cases, there are brief remissions (days), often triggered by stopping a brief course of another drug such as an antibiotic. There are grounds to think therefore that these enduring effects do not stem from permanent damage.

Is this problem best seen as physiological (bio-electric) or pharmacological? Is the site at which the original sensory changes are effected central or peripheral? Do they arise in a central nucleus, at the dorsal root ganglion level, or from local treatment effects on C-fibres?

In June 2019, the European Medicines Agency (EMA) acknowledged that sexual dysfunction can persist after treatment with serotonin reuptake inhibiting antidepressants stops. They have asked companies to update their product datasheets accordingly.

Now that this problem has been formally recognised, epidemiology can contribute to finding a solution to these problems. First, using a proxy for PSSD such as prescription of phosphodiesterase inhibitors in young men, it may be possible to offer some indication as to the frequency of these problems. Second, using phosphodiesterase inhibitor use, it may also be possible to track whether any other medicines cause similar problems. On the basis of reports to regulators, it is likely that a number of novel anticoagulants such as rivaroxaban and apixaban along with tetracycline antibiotics may cause similar problems. The greater the number of medicines implicated, the more likely a mechanism will be found. Third, it is quite possible that we already have agents that can make a difference. These are most likely to be detected using databases that shed light on who does not develop these problems.

PrevPreviousAntidepressant withdrawal – the tide is finally turning
NextPrescribing an Epidemic: A Veteran’s StoryNext 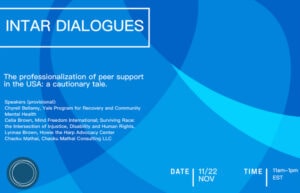 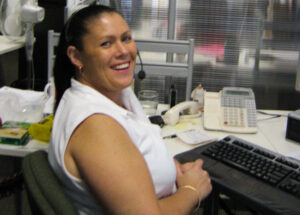